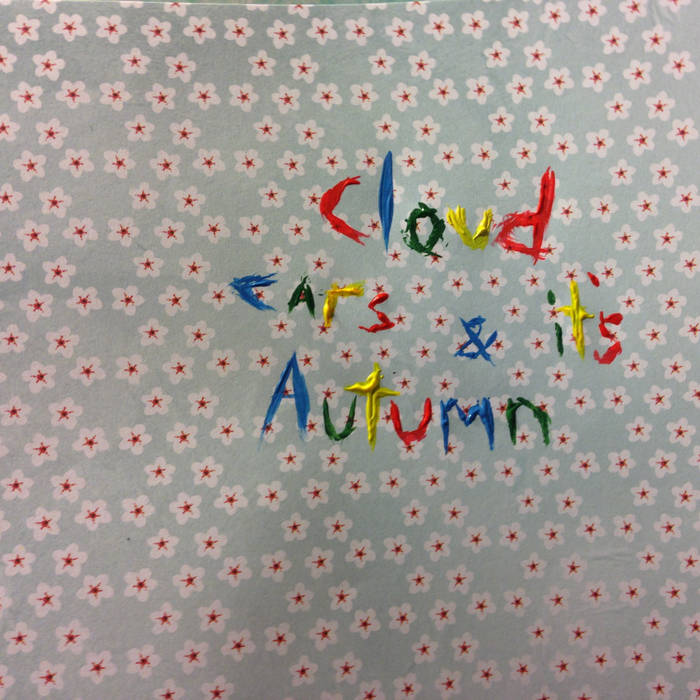 Jamie (Audio Antihero) Second single from Cloud's "Comfort Songs" album, released largely because Tyler wanted to do more cover art and I'm a maniacal success addict. Also wanted more people to hear "Cherry Dip" (and hear it they did, thanks BBC/KCRW and Amazing Radio!) and to have something to help me promote the "Comfort Songs" re-issue on cassette. Buy one - audioantihero.bandcamp.com/album/comfort-songs Favorite track: Cherry Dip.

Shawn Grunberger Pop harmonies with wonderful depth, this double-single gets weird at just the right moment. Thanks Ben! Favorite track: Cars & It's Autumn.

Colossal cash-in single from Audio Antihero and Cloud, I wanted to get rich/famous and he wanted to design some more cover art. Who had the nobler intentions? You decide.

"Comfort Songs holds a strong claim as one of best albums under the ill-defined umbrella of 'indie-rock' that has been released in the last
decade or so - 10/10." - Contact Music

"Emerging 21 year old singer/producer Cloud forges a rich, heartening sound around a passionate vocal, dressing his narratives in shimmering instrumentation, like Conor Oberst in the throes of an obsession with psychedelia." - Rough Trade & The Guardian

"Mainman Tyler Taormina veers through emotions and narratives over the convention-blurring full-length, crooning of love and life and fear and anger over a stunning backdrop of fuzzy guitars, shuffling rhythms and clarion brass. It's a record sodden with heavyweight feeling that gets you right inside the inner machinations of a troubled soul; it's simultaneously heartbreaking and fascinating." - Bearded Magazine

"What starts out promising to be a short and sweet alt-rock number, expands out into a captivating instrumental which ebbs and flows...be sure to check out the record - 8/10." - Shout 4 Music

"Deserves to be a huge indie hit." - Yankie Music